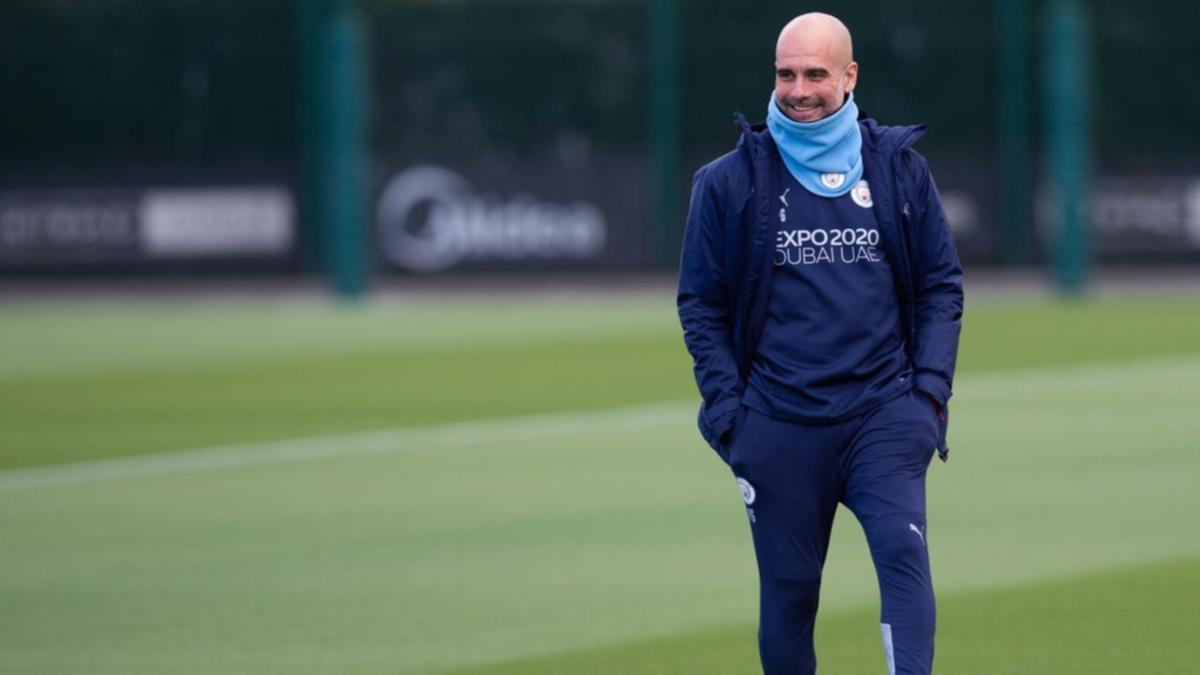 Pep Guardiola claims he would move to a tropical paradise and relax under coconut trees if he couldn’t deal with the rigours of Manchester City’s demanding schedule.

The City boss can understand why his Liverpool counterpart Juergen Klopp has expressed frustration about the timing of his side’s fixture this weekend.

Liverpool, who are involved in a tight Premier League title race with City, must play at Newcastle at 12.30pm on Saturday having been involved in a Champions League semi-final on Wednesday.

City, on the other hand, are not in action until 5.30pm on the same day against Leeds having had an extra day’s rest since their Champions League outing against Real Madrid on Tuesday.

Guardiola has revealed similar concerns when the roles have been reversed in the past but has come to the conclusion complaining is fruitless.

The Spaniard said: “It’s not going to change because the broadcasters are thinking about what they have to do to get more viewers. It’s not about what the players need or what the teams need.

“Sir Alex Ferguson was the most important icon in the history of English football and he was complaining when he was a teenager.

“If I’m not satisfied I go home and don’t be manager of Man City. I go to another league in the Maldives, the Maldives League, and play one game a week and I’m so comfortable under the coconuts. It would be so perfect.”

There has been plenty of mutual respect between Guardiola and Klopp in recent weeks, but that did not prevent the City manager appearing to have a sly dig at his rival on Friday.

Guardiola was asked whether he agreed Liverpool forward Mohamed Salah was a worthy recipient of the Football Writers’ Association’s men’s player of the year award ahead of City playmaker Kevin De Bruyne.

He said: “Congratulations to Salah. Juergen said they have the best keeper, the second-best keeper in the world, the best central defender, the best holding midfielder, the best striker – so it’s normal they win all the awards.”

Guardiola was more sincere when asked about Klopp’s new contract extension at Liverpool – the German having committed to the Anfield club until 2026 – but insisted it would have no impact on his own renewal talks.

Guardiola, who is contracted until the end of next season, said: “Congratulations to Juergen and Liverpool. I think it’s really good for the Premier League. I wish him all the best for the future.

“But everyone has their own situations and if we decide to stay longer it’s because together we decided to, not because Juergen extended his contract or didn’t.”