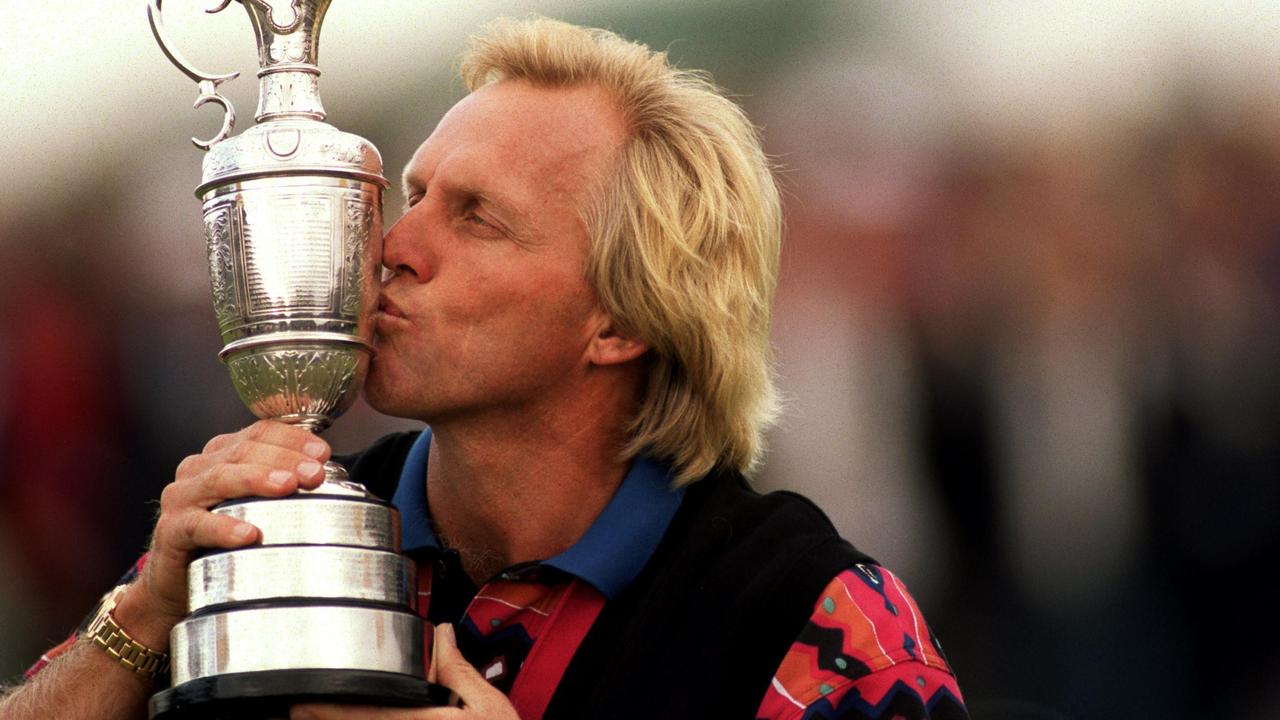 The world is in shock today after Australian golf legend Greg Norman revealed he is planning to make a comeback to the sport.

Fans are in shock after Greg Norman announced he is making a comeback to professional golf.

The Aussie legend revealed his intentions in an exclusive interview with The Daily Telegraph, sending shockwaves around the world as social media went into meltdown.

The 67-year-old has not played professionally for 12 years, but the two-time British Open champion has told News Corp Australia he is serious about making a return in time for the July tournament in a one-off, final farewell appearance.

He says he is particularly drawn to play the event, which is celebrating its 150th Open at the iconic St Andrews course.

Aussie golfing commentator Luke Elvy was blown away when the news was revealed by News Corp Australia on Saturday morning.

“This will get the news cycle pumping,” he wrote on Twitter.

“Most will use it to bag Greg given the LIV Golf venture, but he’s earned his spot in the field having won two Claret Jugs. Who wouldn’t want to play in the 150th Open at the home of golf.”

However, his dream of making a comeback in less than three months remains murky as a result of British Open regulations.

The former world No. 1 has put the Royal and Ancient Golf Club, which oversees the event, in a difficult position.

Norman no longer qualifies for immediate entry into the event as a past champion, because the guaranteed entry cuts off for past champions at the age of 60.

He will have to earn his way through qualifying or hope for a wildcard entry.

The event has previously bent the rules for former champions, with Tom Watson added to the field at the age of 65.

A wildcard would be an extraordinary development as a result of Norman’s mission to establish a rebel golf league.

The Aussie golfing legend is spearheading the Saudi-backed LIV Golf Invitational Series that has threatened to shake the sport to its core.

The tour announced last year the PIF — the Saudi Arabian sovereign wealth fund — had committed more than $AUD260 million for Norman to play with.

However, reports in February claimed the Super Golf League — and the LIV Golf Investments firm running it — has a war chest of nearly $2.9 billion to steal the world’s best players and establish its own tour as a legitimate body in golf.

It’s why the golfing world’s immediate reaction was one of scepticism about his chances of playing the Open.

Aussie golf journalist Ben Everill speculated Norman may be making a power move by going public with his plans. He responded to a tweet by writing: “Greg maybe looking to have a public forum to debate”.

Sport Illustrated golf reporter Bob Harig wrote on Twitter: “Love to see how anyone thinks he will get in the field”.

Canadian golf reporter Rick Young wrote on Twitter he believes the Open may have a hard time saying no to Norman.

Norman’s rebel league has been a disaster so far with the world’s best players snubbing his rich offers.

Rory McIlroy said the new tour was “dead in the water”.

The series’ first event begins in London from June 9.

The world’s best golfers have snubbed Norman, but the former World No. 1 is confident they will change their mind when they get a look at the prize money being tossed around.

“Quite honestly, it doesn’t matter who plays, we’re going to put the event on,” Norman told the UK Telegraph.

“And then a few of our events will go by and the top players will see someone winning ($8.06 million), ($10.76 million), and say ‘enough is enough, I know I can beat these guys week in week out with my hands tied behind my back’.”

He says discussions with other big-name golfers are ongoing.

Norman conceded the tour may start with a “modest” amount of players, but would grow when others saw the concept.

“None of us should stand for these egregious acts of bullying by the PGA Tour,” Norman wrote, according to golfchannel.com.

“We encourage you to request the PGA Tour provide you with these threats in writing and written opinions of its outside counsel that these bans are legal and enforceable.

“It would not surprise us if the Tour is unwilling to do so.”

He said the SGL hopes to co-exist with the PGA Tour.