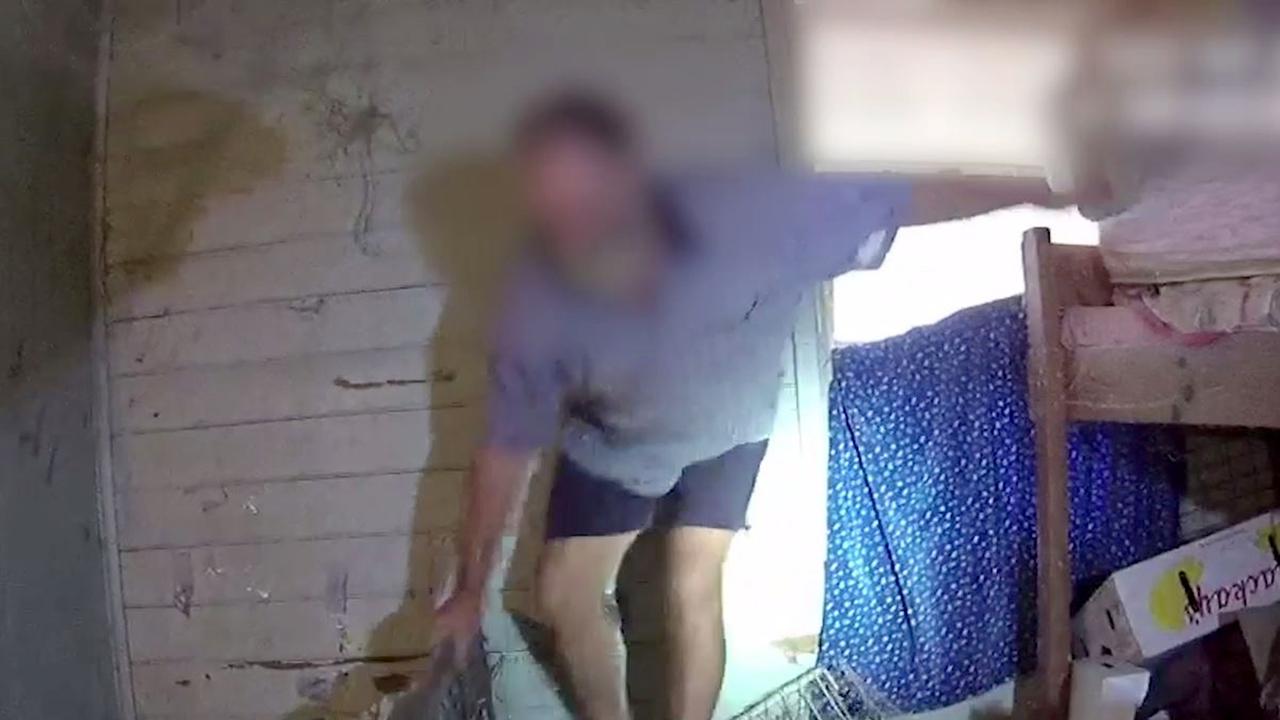 Incredible footage shows the moment Graham Potter was arrested after more than a decade on the run as the nation’s most wanted man.

Graham Potter has finally been arrested after spending 12 years on the run as Australia’s most wanted man.

Potter, 64, disappeared in 2010 when he was due to appear in Melbourne’s Magistrate Court, charged with plotting murders.

He is alleged to have been planning to kill two people and was also wanted over his purported involvement in a 4.4 tonne, $440m ecstasy haul.

Potter was arrested early Monday morning at a house in the Far North Queensland town of Ravenshoe, roughly 40km south west of Cairns.

In vision released by police, the 64-year-old was seen on a bed in a squalid shack before he is handcuffed and taken into custody.

“This is the police. Do not move,” one officer was heard shouting at Mr Potter.

“Put your hands where I can see them.”

Potter allegedly evaded capture for more than a decade by changing his appearance and identity, including wearing fat suits and wigs, and befriending elderly women for accommodation.

“Over that period of time, a significant amount of law enforcement agencies right across Australia had been involved in the hunt for [Potter],” Victoria Police Acting Assistant Commissioner Mick Frewen said.

Queensland police received reports of possible sightings of Potter in 2011 in the Queensland town of Tully – just 50km from where he was arrested on Monday.

He managed to escape from police despite being pulled over in a routine traffic stop.

At the time, police uncovered a campsite believed to have been used by Potter, allegedly finding knives and letters detailing how he planned to stay hidden and intentions to murder anyone who identified him.

Victorian Police will travel to Queensland to seek Potter’s extradition.

He is expected to appear before Mareeba Magistrates Court on Tuesday.