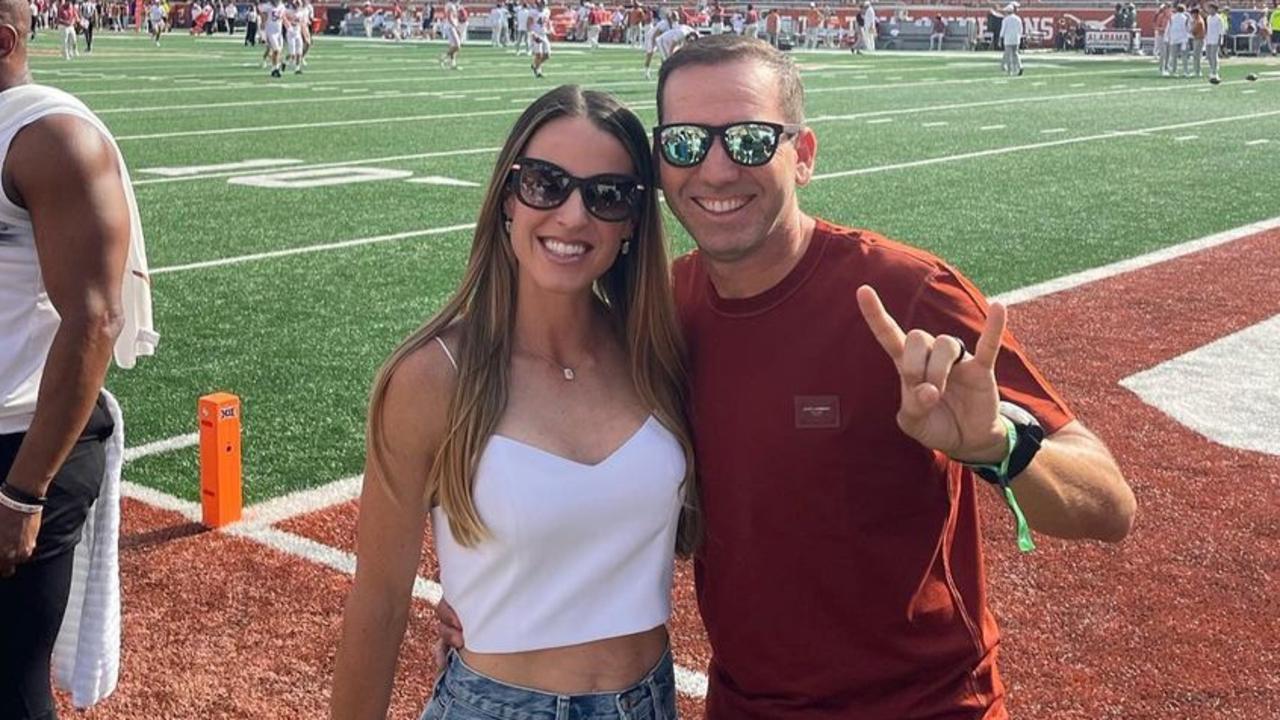 Pro golfer Sergio Garcia pulled out of the BMW PGA Championship and then exposed himself on social media.

After Garcia’s withdrawal from the tournament at Wentworth in Surrey, England was announced early Saturday morning — without providing a reason for leaving — he showed up at the Texas vs. Alabama football game in Austin, which kicked off that same day, the NY Post reports.

Watch LIVE coverage from The USPGA Tour with Fox Sports on Kayo. New to Kayo? Start your free trial now >

Garcia, who took to Instagram Sunday to share photos of himself at the game with his wife Angela Akins Garcia, will be fined by the DP World Tour for withdrawing from its flagship event, unless he provides “medical evidence deemed reasonable,” according to The Telegraph.

Angela attended Texas and played on the Longhorns golf team.

As of Monday, Garcia nor his management company has not provided a reason for his withdrawal. Unless one is forthcoming in the three-week window, then Garcia will be hit with a financial penalty, Wentworth HQ confirmed to Telegraph Sport.

Garcia, 42, was pictured doing interviews on the field at Darrell K Royal Memorial Stadium on Saturday, following his opening round Thursday, when he shot a 4-over 76. The second round on Friday was postponed a day after the death of Queen Elizabeth II, and the tournament was reduced to 54 holes.

The Ryder Cup legend — who’s playing on the LIV Golf series — and his wife were also seen chatting with 2022 Masters winner Scottie Scheffler and his wife, Meredith, on the field before the game. Garcia faced intense scrutiny online for leaving the tournament and flaunting his attendance at the football game.

Garcia and his wife were at the game in support of Longhorns coach Steve Sarkisian, she said in a tweet that included photos of them at the game.

Garcia’s withdrawal came after Telegraph Sport reported in June that the pro went off on a rant in the locker room at the Tour’s BMW International in Munich, yelling at fellow pros that “this Tour is sh*t, you’re all f***ed, should have taken the Saudi money.”

Garcia is on the starting list for this week’s LIV Golf event in Chicago. The $23 million three-day tournament tees off on Friday.

This article originally appeared on the NY Post and was reproduced with permission.