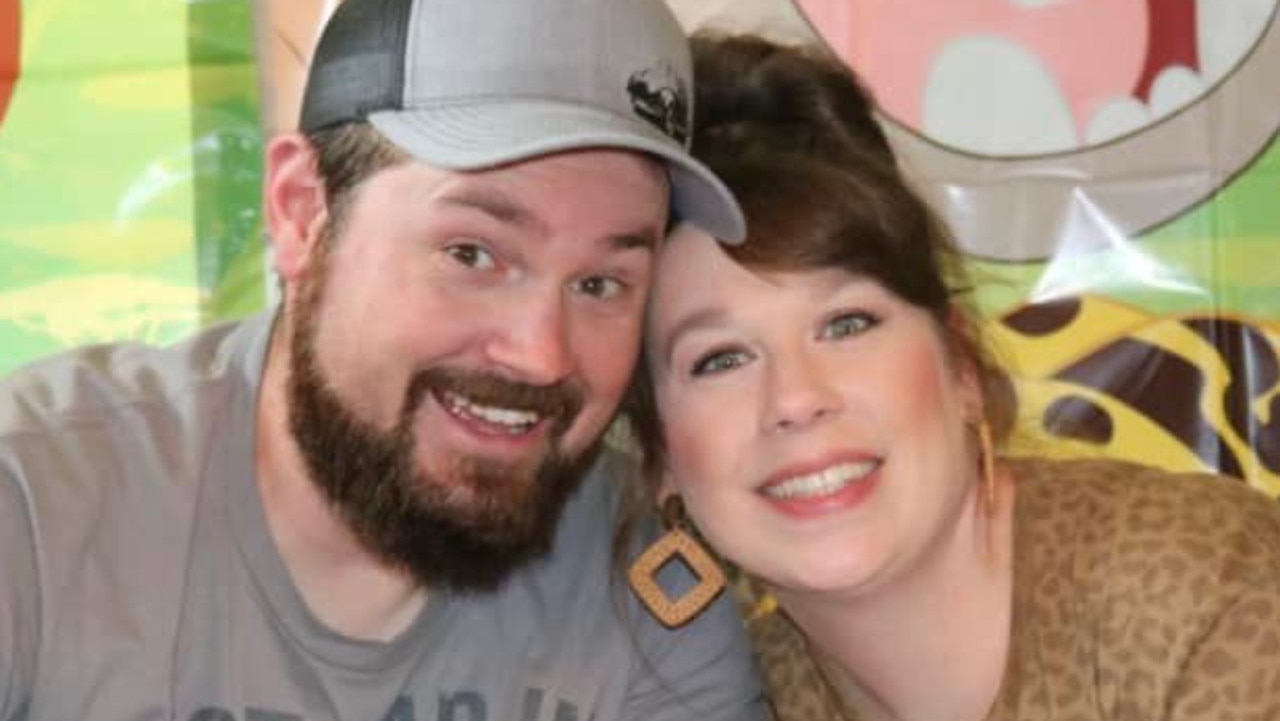 A US man who was pronounced dead by doctors has given his family the shock of their lives after they realised he was still alive just moments before his organs were due to be harvested.

The man, from North Carolina, suffered severe swelling on his brain and slipped into a coma – before being pronounced clinically brain dead on August 27.

According to laws in North Carolina, doctors can pronounce a person deceased if they do not detect any brain activity.

“The doctor came out … and said, ‘Your husband has clinically deceased, he has passed away, he has suffered neurological death,’” his wife Megan said on a Facebook video.

“They put the time of death on his chart, and that was it, I was called into a room and told that my husband was an organ donor.

“We were going to begin the process of finding matches for his organs.

“I went home, and mourned to loss of my husband. Tuesday was supposed to be his honour walk. This is when his body is pushed down the hallway, and his family follows behind.

“He was going to be taken to the operating room, and my mum and was were going to be there to witness him stop breathing on his own.

“Then they’d begin the surgery to take care of the organ donation process.”

Two days later, Megan claimed she received a phone call from one of her husband’s doctors saying that Ryan had actually suffered traumatic brain damage, and that they changed his time of death from the August 27 to the morning of August 30, just before his organs were due to be harvested and his life support turned off.

“Monday night his doctor, the one who told me he passed way, phoned me and said because of his rare circumstance they had called in an expert panel,” she explained.

“So I said, ‘what does this mean?’ I was told he suffered a traumatic brain stem injury, and he was still basically brain dead.

“That morning he was going to be taken off life support and his organs harvested. All of us, his whole family, were so upset.”

Before doctors prepared to take Ryan away, Megan’s niece had been in the room with him, and played him videos of his children playing.

What happened next shocked the entire family.

“I can’t make this up. I was crying, I didn’t want to have false hope. I knew this could happen when people are brain dead. They can have twitches, or spinal reflexes.

“I went in the room to see him, and told him all the things I wanted to say before he would be taken away.

“I told him I loved him, that everything was going to be OK, I had people taking care of me. At the very end, I tell him, if you’re in there, and you can hear me, I need you to fight.

“I need you to fight like crazy, because I am about to stop this organ donation process and get some tests done because I don’t like what’s going on.

“I went outside, and the operating team were there ready to take him. I told the nurse I needed more tests done now to see if he was really brain dead.”

After further investigation, it was determined Ryan had not been through a “neurological death” and that there was blood flow to his brain.

“I walked in the room, I touched his hand, I talked to him, and Ryan’s heart rate jumped up,” she said.

“They are telling me now that he is not brain dead, but that he is in a deep coma.

“My husband is still very critical, he is not responding. We are getting twitches, foot movement, and elevated heart rates, but he hasn’t yet opened his eyes.

“He is supposed to be dead, he is meant to be at the funeral home right now.”

Ryan is still currently in hospital in a critical condition.