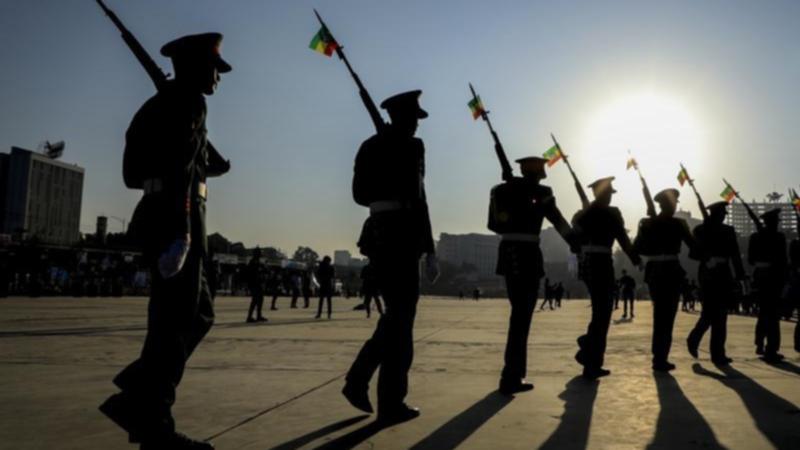 The queues have been forming early each morning outside the Russian embassy in Ethiopia’s capital Addis Ababa.

Drawn by rumours on social media, young men and old, many with their military records in hand, arrived with hopes of fighting for Russia in Ukraine.

What began as a trickle of volunteers swelled over two weeks to scores, two neighbourhood residents told Reuters.

The guards recorded their names and asked for proof of military service.

There is no evidence that any Ethiopians have been sent to Ukraine, nor is it clear if any ever will be.

A man who came out of the embassy and addressed the volunteers in Russian through an interpreter said Russia had enough forces for now, but that they would be contacted when they were needed.

The Russian embassy did not respond to questions from Reuters about the man’s identity or whether Russia was deploying Ethiopian volunteers to Ukraine.

It later issued a statement saying it was not recruiting fighters, and that the Ethiopians who showed up outside were well-wishers expressing “solidarity and support for the Russian Federation”.

Ethiopia has called on all sides in the war to exercise restraint and did not vote on a UN General Assembly resolution condemning the February 24 invasion of Ukraine.

But many in Ethiopia have voiced solidarity with Russia, which has enjoyed close relations with the Horn of Africa nation since the Soviet era.

Social media rumours of a $US2000 payment to join up, and the possibility of work in Russia after the war, tantalised some of the men in the queues.

Many parts of Ethiopia are riven by conflict and annual inflation hovers around 30 per cent.

“I am willing to support the Russia government and, in return, once I get out, I will get benefits,” Leta Kibru told Reuters outside the embassy, where he returned on Tuesday to check on what he said was his application.

“Living in Ethiopia is becoming difficult,” said the 30-year-old street vendor, who said he had retired from the Ethiopian army in 2018 and now sells clothing and mobile phones.

“What I need is to live in Europe.”

Leta said he had heard about a $US2000 payout from friends who had registered.

Two others in the queues this week said they had seen posts on Facebook saying the embassy was signing up recruits.

Reuters was not able to find any posts on the subject from official sources, or confirm any such offer.

The rumours followed news reports in March that Russian President Vladimir Putin had given the green light for up to 16,000 volunteers from the Middle East to be deployed alongside Russian-backed rebels to fight in Ukraine.

“The reason I want to go to Russia is not to fight Ukraine but it is because I am not benefiting from my country,” said Binyam Woldetsadik, a 40-year-old security guard who said he served in Ethiopia’s 1998-2000 border war with Eritrea.

“I’d rather be a national of a different country.”

By late Wednesday morning, when Binyam showed up, the number of volunteers outside the Russian embassy had dwindled to around 20.

A guard told him the embassy was no longer accepting registrations, he said.