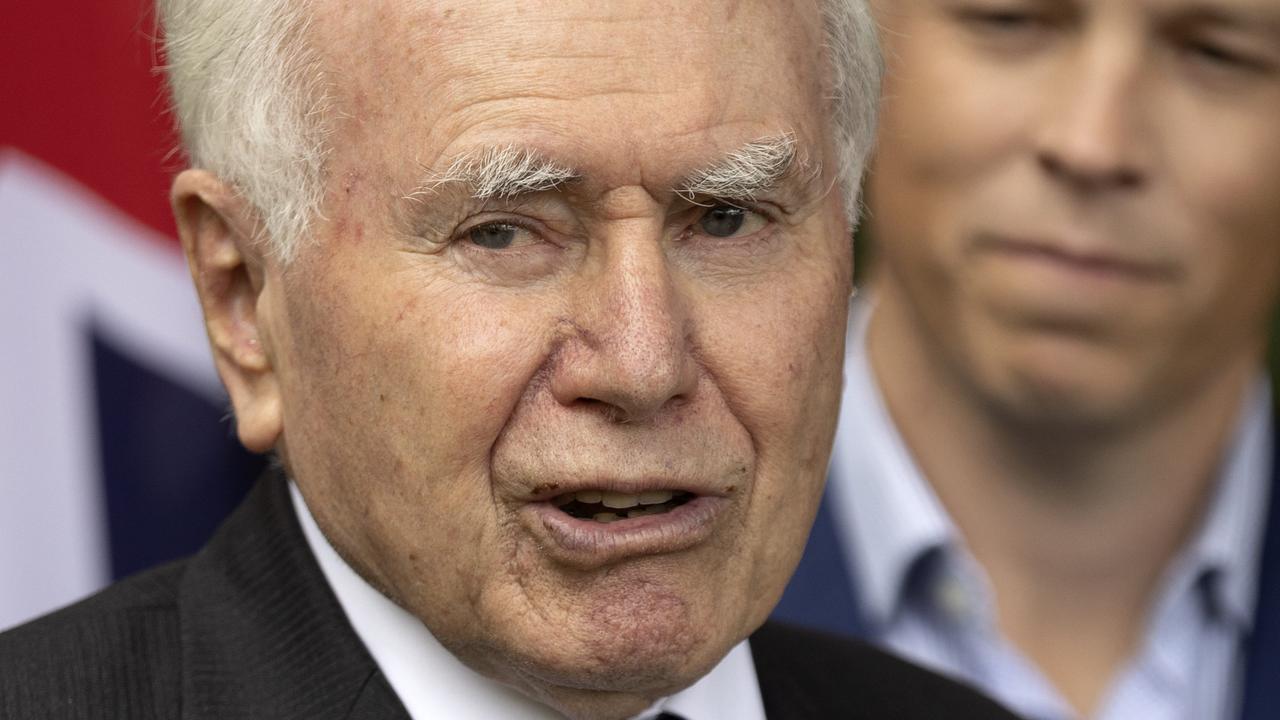 Former prime minister John Howard has thrown out the notion that Australia is facing a housing crisis, telling reporters that it is not an election issue.

Former prime minister John Howard has dismissed the crippling housing crisis while speaking to reporters in Brisbane on Thursday.

As the cost of housing skyrockets, Mr Howard said, simply: “I don’t accept there is a housing crisis.”

He went on: “The cost of housing in this country is much higher than we would like, but a lot of the reasons for housing being expensive in Australia has been baked into the system over the years.

“And may I say, because of planning and other decisions made by state and local governments to push up the cost of housing.”

The former Liberal leader dismissed cost of living concerns as something that has always existed.

“I can’t remember an election campaign where the cost of living was not an issue – every single one and I’ve been in quite a few.”

Mr Howard said that economy has responded well to two-and-a-half years of the pandemic and “that matters more than anything else”.

“Life is the most precious of all commodities that we have,” Mr Howard said.

“The way in which our economy has come out of it — the growth rate, comparative inflation rate and whatever happens with the interest rates (but they) are very low at the moment.”

His comments followed new researched reported last week that showed exactly how hard – often impossible – it can be for young people to rent in Australia’s capital cities, let alone afford to buy a home.

Mr Howard’s legacy was invoked in questions to Prime Minister Scott Morrison today after yesterday’s inflation increase to a 21-year high of 5.1 per cent and a predicted interest rate rise to follow.

Several reporters pointed out during Mr Morrison’s media appearances that the last time a rate rise came in the middle of an election campaign was back in 2007 when Mr Howard lost government after 11 years.

“Prime Minister, in 2007 during the Howard election, rates went up. He apologised. He went on to lose the election. Will you apologise if they go up next week and will you suffer a similar fate?” Mr Morrison was asked during this morning’s press conference.

“Well, look, I have been around politics a little while and I’ve also been around the economy a long while,” he replied.

“And the first point to note is that in 2007 the cash rate was 6.5 per cent. Today, it is 0.1 per cent. So, I think to draw an equivalence between those two issues would be to misunderstand history. They are very different situations.”

Mr Howard made headlines at the start of the campaign when he appeared to back Opposition Leader Anthony Albanese after his day-one gaffe where he failed to name the unemployment and cash rates.

The former PM quickly backed down from his comments, reversing his position the next day and adding a brutal dig at Mr Albanese.

“The context is that he’s not regarded as being the sharpest tool in the shed when it comes to economics and because the Labor Party doesn’t have a well-developed economic plan,” Mr Howard told Sky News.

“A stumble like that is magnified because it’s emblematic of the state of affairs.

“Now if that had been a mistake made by say, Paul Keating when he was Prime Minister or leader of the opposition, treasurer, well people would have said ‘so what’ and moved on because he was regarded as having strength in that area.”