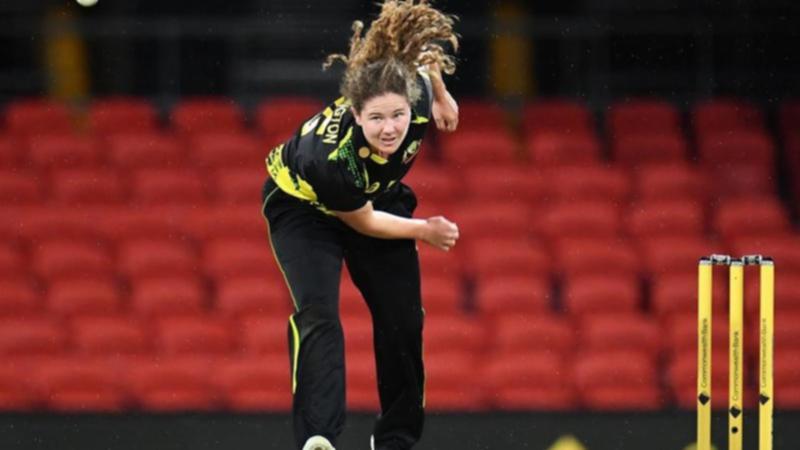 Selected as a reserve for the tournament in New Zealand, Darlington has made herself unavailable — as Australia prepare to defeat England in the third and final Ashes ODI on Tuesday.

The 20-year-old will be replaced as one of two travelling reserves by Tasmania and Perth Scorchers allrounder Heather Graham.

It has been a massive summer for Darlington, who captained Sydney Thunder in the WBBL after Rachael Haynes missed the tournament.

Darlington made her ODI and Twenty20 international debut for Australia in the multi-format series against India in September and October.

But the medium-pacer has not featured during the Ashes, with Australia retaining the urn during an undefeated series.

Darlington became the youngest skipper in NSW’s 165-year history in February 2021, leading her state in a tied WNCL clash against Tasmania.

All teams will need to spend 10 days in hotel quarantine on arrival in New Zealand before the World Cup gets under way on March 4.

England are reigning champions, having won the title on home soil in 2017.