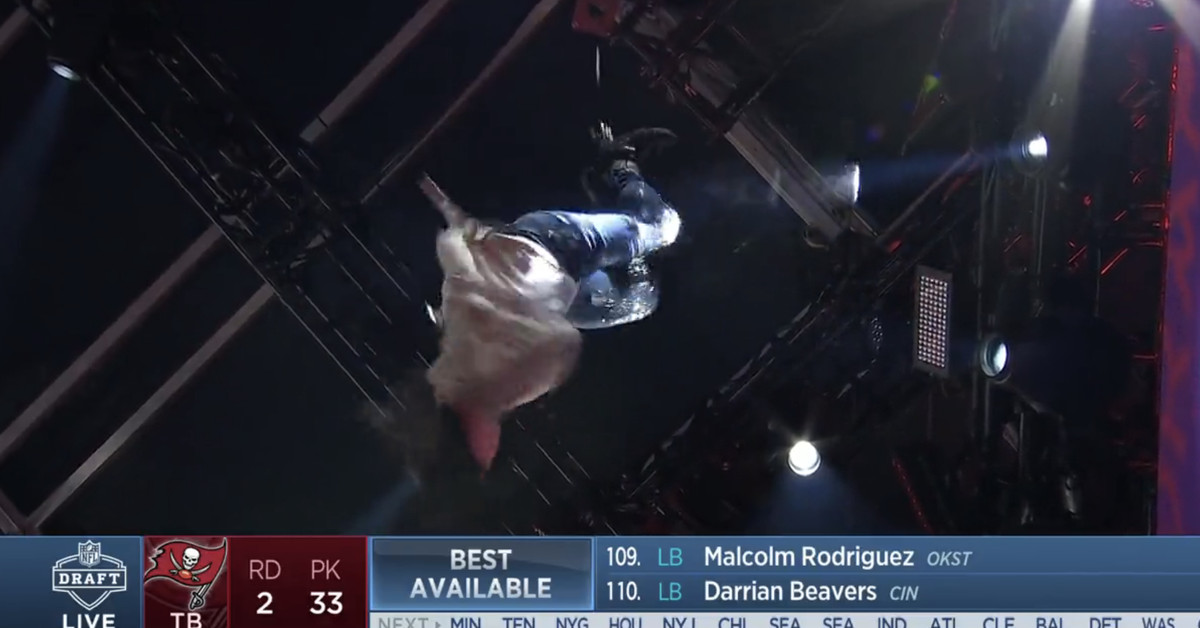 The NFL Draft is really embracing being in Las Vegas and opened Day 2 of the NFL Draft with Criss Angel spinning like a top and taking off a straight jacket.

Okay, so in the wake of this magic trickery I learned way more about Criss Angel than I have in a long time. Firstly, apparently he owns his own restaurant in Nevada called “Criss Angel’s Breakfast, Lunch and Pizza,” which are really the three meals in general, if you ask me. Also, his tries to hypnotize you into order appetizers.

Also, this technique of performing an escape at an NFL event isn’t anything new for Angel, who seems to really like doing this whenever possible. Here is is doing the exact same feat at a Raiders game last year.

So, live your best life, Criss Angel. Keep suspending yourself over NFL stadiums and selling your “CRISSpy Chicken Poppers” to your heart’s content.