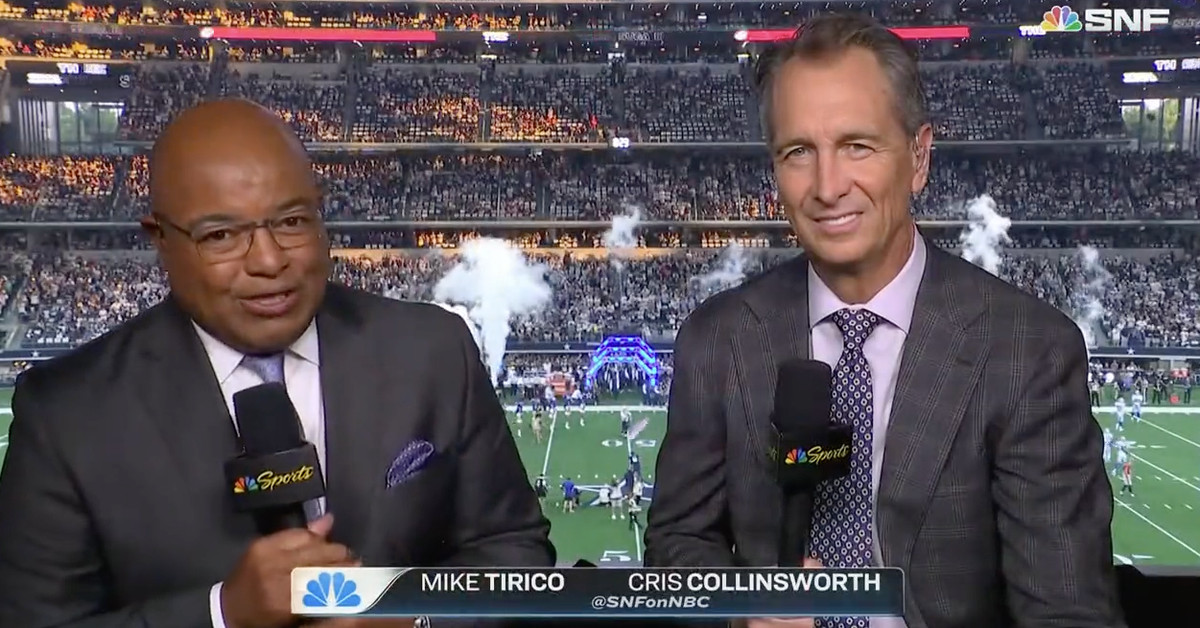 The Buccaneers and Cowboys squared off on NBC’s Sunday night football, but the talk of Twitter was color commentator Cris Collinsworth. Not because of something he said, nor was it the patented Collinsworth slide into frame.

NBC Sports’ Cris Collinsworth is definitely playing hurt tonight. Voice is strained, doesn’t have the same energy. But he’s gutting out the telecast.

Cris Collinsworth is that level of sick where you tell your buddies it’s just a cold, and you’ve tested negative for COVID twice already, and you actually feel way better than you sound, but no one is buying it.

someone please get cris collinsworth some cepacol

It’s worth wondering what happened to Collinsworth in between Thursday and Sunday night. He was on the Bills-Rams broadcast and sounded fine, but tonight he sounds like Roz from Monster’s Inc. Maybe overuse? Maybe a sickness? People have already begun speculating whether Collinsworth has COVID-19, wondering if he was tested before the game. He did have to travel from Los Angeles to Dallas.

The biggest point is that if Collinsworth sounds like he has the suds, why doesn’t NBC let him rest? Who would be the next person up to be in the booth? NBC has a roster with guys who could call a game in theory, such as Drew Brees (who called the Notre Dame game on Saturday). Could NBC call in Jac Collinsworth like a relief pitcher?

The one thing we do know, however, is that Collinsworth is trying to grit through what is very clearly a sore throat.