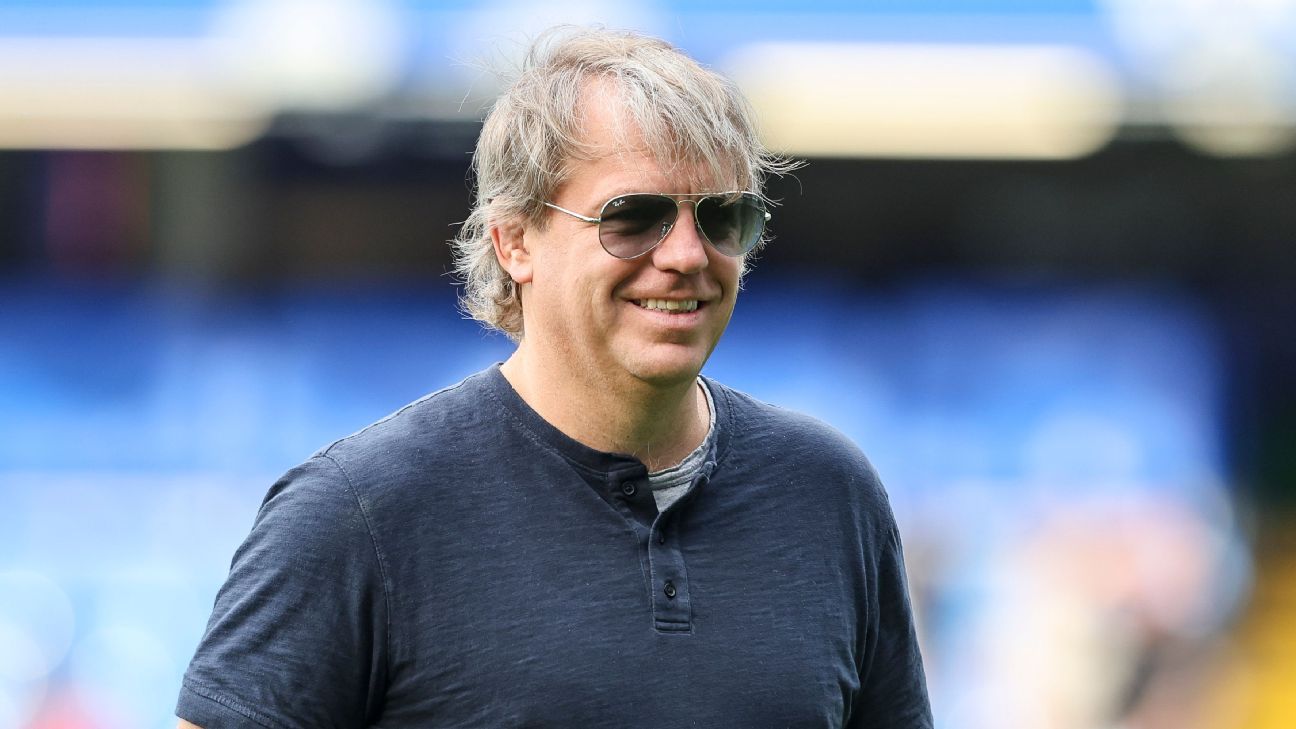 Chelsea co-owner Todd Boehly has suggested that the Premier League should borrow from American sports by holding a north versus south all-star game in order to help fund lower-division clubs in England.

Boehly, co-owner of the Los Angeles Dodgers, completed a takeover of Chelsea this year as head of a consortium alongside investment firm Clearlake Capital.

Speaking Tuesday in New York at the SALT Conference, a global thought leadership and networking forum, Boehly said that English football could benefit from adapting some ideas from U.S. sports, including a tournament to decide relegation to the championship.

“Ultimately I hope that the Premier League takes a little bit of a lesson from American sports and really starts to figure out why wouldn’t we do a tournament with the bottom four teams, why isn’t there an all-star game?” he said.

“People are talking about more money for the pyramid — MLB [Major League Baseball] did their All-Star Game in L.A. this year, we made $200 million from a Monday and a Tuesday. You could do a north versus south all-star game for the Premier League to fund whatever the pyramid needed very easily.”

There has never been an all-star game in the Premier League and Boehly admitted that “there’s a cultural aspect that’s real,” though predicted “there’s going to be an evolution.”

Speaking on Chelsea specifically, Boehly revealed that his hope is for Chelsea to follow the examples of Manchester City‘s owners, City Football Group, and Red Bull by adopting a global multiclub model in order to aid the development of players.

“We’ve talked about having a multiclub model,” he said. “I would love to continue to build out the footprint. There’s different countries where there’s advantages to having a club.

“Our goal is to make sure we can show pathways for our young superstars to get onto the Chelsea pitch while getting them real game time. For me, the way to do that is through another club in a really competitive league in Europe.”

And Boehly said the decision was ultimately about his holistic vision for the club.

“When you take over any business you just have to make sure that you’re aligned with the people that are operating the business,” he said.

“Our goal is to really bring a team together, with the academy, with the first team, with the incremental clubs that we want to acquire and develop.

“All of that needs to be a well-oiled machine. And the reality of our decision is that we just weren’t sure that Thomas saw it the same way we saw it. No one’s right or wrong, we just didn’t have a shared vision for the future.”