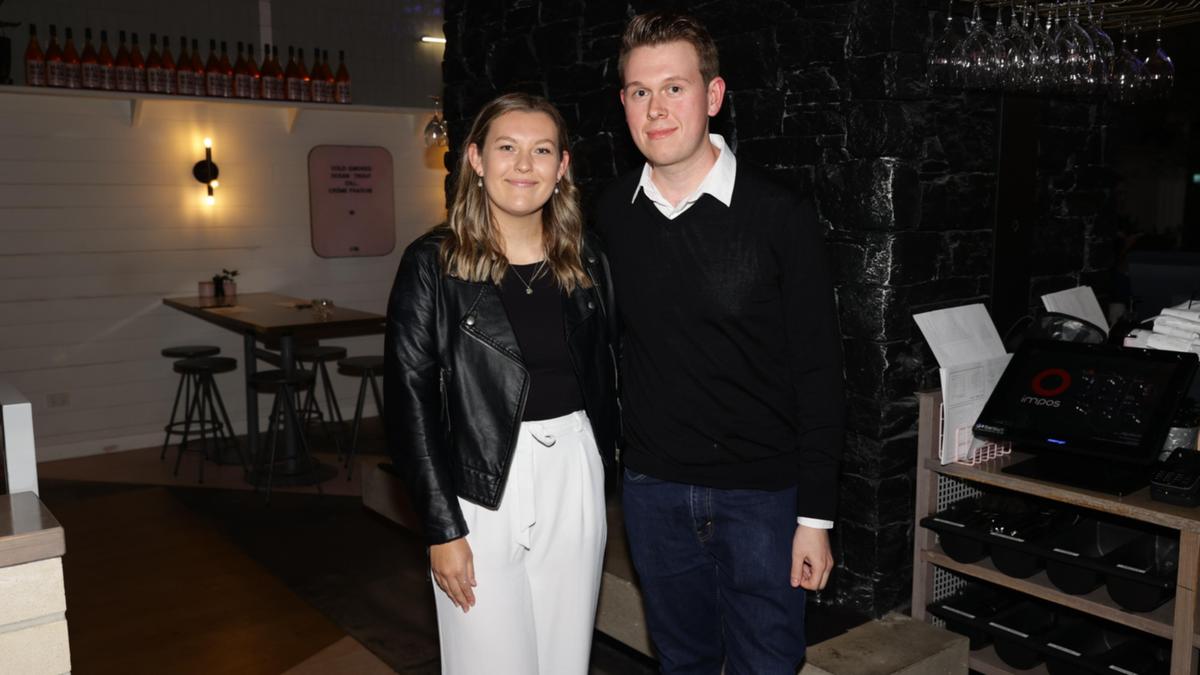 I was actually very excited about being set up. I’ve been on regular dates before, but never a blind date. Not knowing who I was meeting and what to expect was actually really refreshing.

When I arrived, Sacha was already there waiting for me. We did this awkward handshake hug thing, then we both laughed about it. When we sat down, we both just started firing off questions to each other.

Sacha was a really nice guy, who was quite down to each and genuine — he was very easy to talk to and conversation flowed so well. We had a lot of things in common, which was good. We have both travelled quite a bit — we’ve both been to Malaysia, so we spoke about that. We are both into skiing, and both not very good at it, so we bonded over that.

Sacha is pretty interesting. He is in the Army Reserve and has lived in the US, which is pretty cool. He has his own home and is into renovations — just another thing we bonded over as I am the same. We were both laughing because it was like information overload and joked that we should have had a little notepad to keep track, but we just kept asking more questions.

It wasn’t awkward at all. It felt very equal in offering each other questions and getting to know each other. It wasn’t one sided or anything like that, which is nice because sometimes you can go on a date and you’re the one making all the effort or you have someone who only wants to talk about themselves the whole time.

Once the date was over, we exchanged numbers and added each other on Instagram and we’ve been in contact since about catching up for a coffee, but I think more like mates, but who knows.

My mum was the one who told me about Blind Date. It took a bit of convincing but I was like ‘Why not? What is the worst thing that could happen?’ I’m on dating apps and it can be a bit of a mixed bag, so I was happy to try something new.

I was a little bit nervous, but mostly about having my face in the newspaper, but it is all part of the experience and I’m certainly not complaining about it.

Leah is a very kind and sweet girl. She is someone who has her head screwed on and has her life in order. It felt like I was catching up with an old friend in a weird way. We both had a bit of a laugh about that and agreed we felt the same.

There was a lot Leah and I have in common. We are both pretty close to our families — we spoke at length about that. We also both bought houses around the same time. It was interesting; we are similarly situated in life, I guess, so there was plenty to bond over and talk about. We even talked about the interest rates on our houses. We covered everything and anything.

The thought of having our photos taken in the restaurant was a little daunting but I was really glad to see that only one person glanced over, so I guess people were a lot less interested than I thought they would be, so that was a relief to me.

We stayed at the restaurant for about three hours, then we called time to go. We spoke afterwards about the date and we both seem to agree that we would make pretty good friends. I don’t think there was much of a romantic connection but I think we are both keen to catch up for a coffee sometime. I really enjoyed the experience overall.