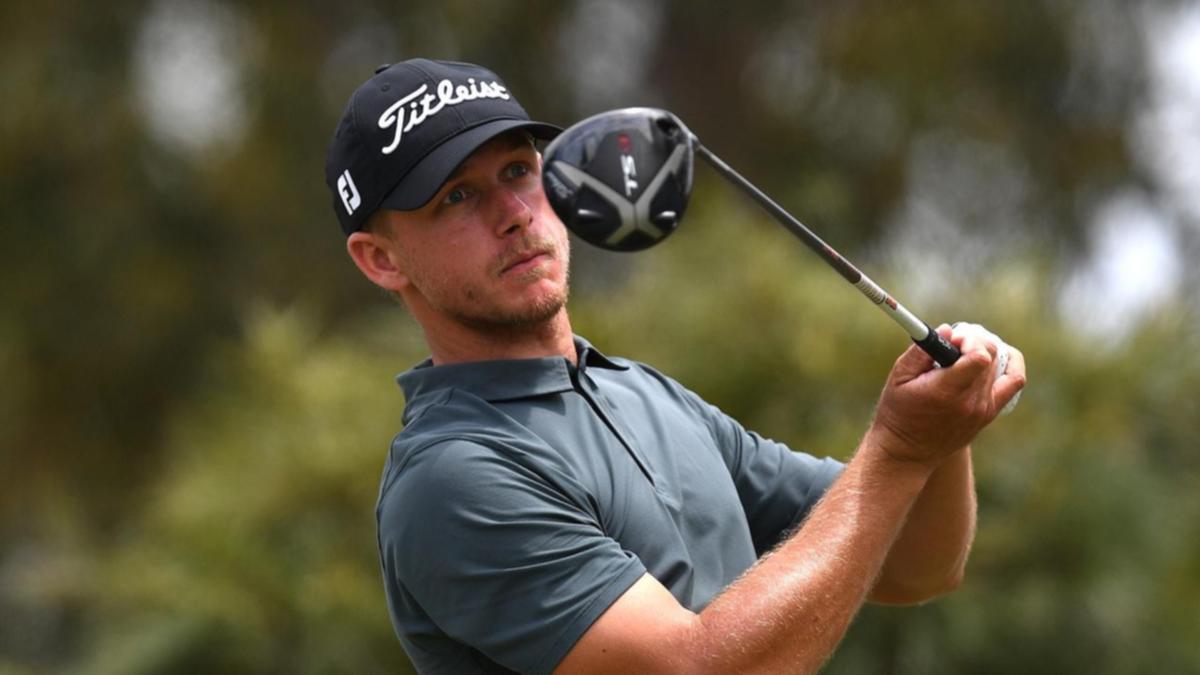 Oliver Bekker has eagled the 15th hole for the second straight day to shoot a five-under 67 and take a two-stroke lead into the final round of the Catalunya Championship.

But as the South African looked on target for his first European Tour win, Australian Maverick Antcliff saw his hopes disappear on Saturday’s ‘moving day’ with a five-over 77.

Bekker, on 11-under 205 for the tournament, made four birdies and a lone bogey at the Stadium Course in north-eastern Spain.

Englishman Laurie Canter finished two shots back after coming into the third round a shot ahead of Bekker and England’s James Morrison.

Canter (70) made five birdies and three bogeys. The Englishman, also seeking his first European win, broke one of his clubs after it hit a tree while he tried to get out of trouble on the 10th hole.

“The great thing about this course, I genuinely think the best player is going to win over 72 holes,” he said.

“In a way, that’s good for me to feel like that, got to go out and try to be the best player tomorrow. If I can play like I did today and get a bit more out of the round, I’ll have a chance.”

Queenslander Antcliff was lying just three shots off the lead at halfway but his hopes nosedived when he recorded five bogeys in the first 11 holes.

He was overtaken as the leading Australian by Jason Scrivener, whose two-under par 70 left him at even par for the championship in joint-46th.

Italians Edoardo Molinari (66) and Lorenzo Gagli (65) were three shots off the lead entering the final round.

This is the European Tour’s first time at PGA Catalunya since Miguel Angel Jimenez won the 2014 Spanish Open at age 50 to break his own record as oldest tour winner.