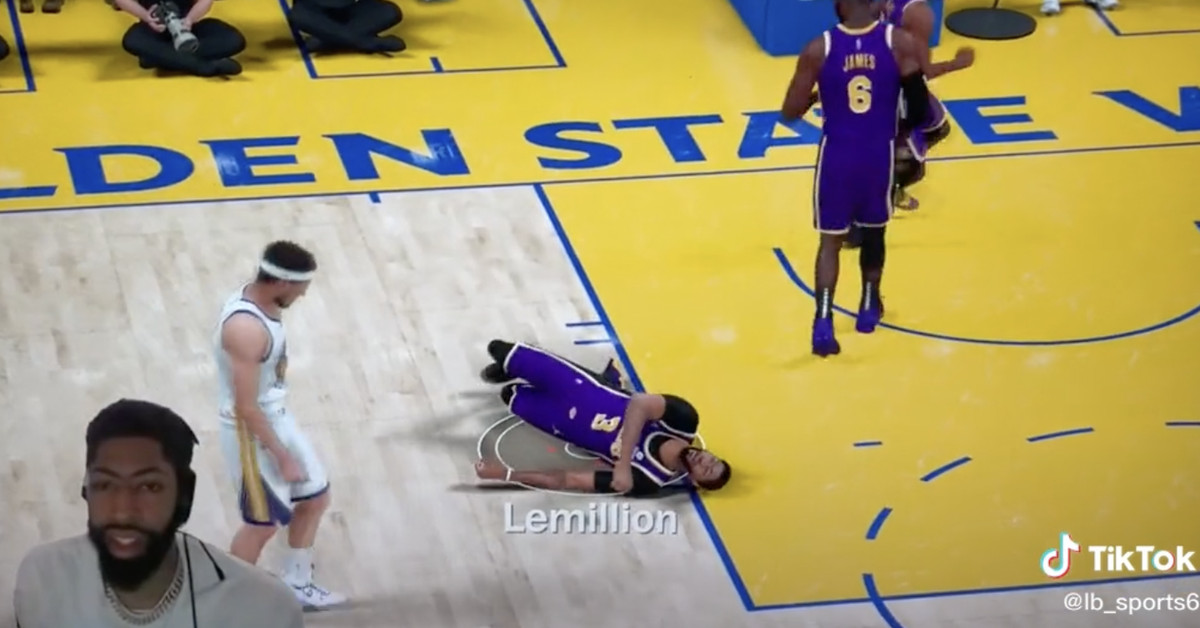 It was only a few short years ago that Anthony Davis was considered arguably the best player in the NBA. When the Los Angeles Lakers went on a championship run inside the bubble, there were many who believed that Davis, and not eventual winner LeBron James, should have been named Finals MVP.

Davis was playing incredible basketball at the time: wrecking havoc defensively, hitting his jump shot at an incredibly efficient clip, and giving James the perfect sidekick for his fourth title. There were legit discussions about AD vs. Giannis Antetokounmpo for the mythical title of the NBA’s best player. That all feels like it happened in another dimension at this point.

Davis hasn’t played much basketball over the last two years while being hampered by injuries, and the Lakers haven’t won many games without him being at his best. Fortunately for Lakers fans, you can still watch The Brow dominate while playing NBA 2K … as long as you have injuries turned off. That’s a mistake Davis himself apparently made while playing the game.

Yes, this is a video of Anthony Davis controlling his 2K character and watching him go down with an injury. Sometimes video games are too close to reality.

The face AD is making in the video is the face every Lakers fan makes when he lays on the floor in pain. Of course injuries happen and are part of the game, but Davis has had too much bad luck with injuries in the past. This is so sad that it’s actually funny. Or maybe not if you’re a Lakers fan.

The Lakers are hoping this viral TikTok isn’t foreshadowing their future once again. If LA has any hope of getting back in the playoffs, it needs the peak version of Davis. LeBron is still playing at a high enough level to compete deep in the playoffs — he just needs his best teammate living up to his incredible talent level next to him.

Now please AD: just turn off injuries. Both video games and real life would benefit from that.

Editor’s Note, Friday Sept. 16: It appears the video above may be fake, as Anthony Davis has not logged into Twitch in two months.