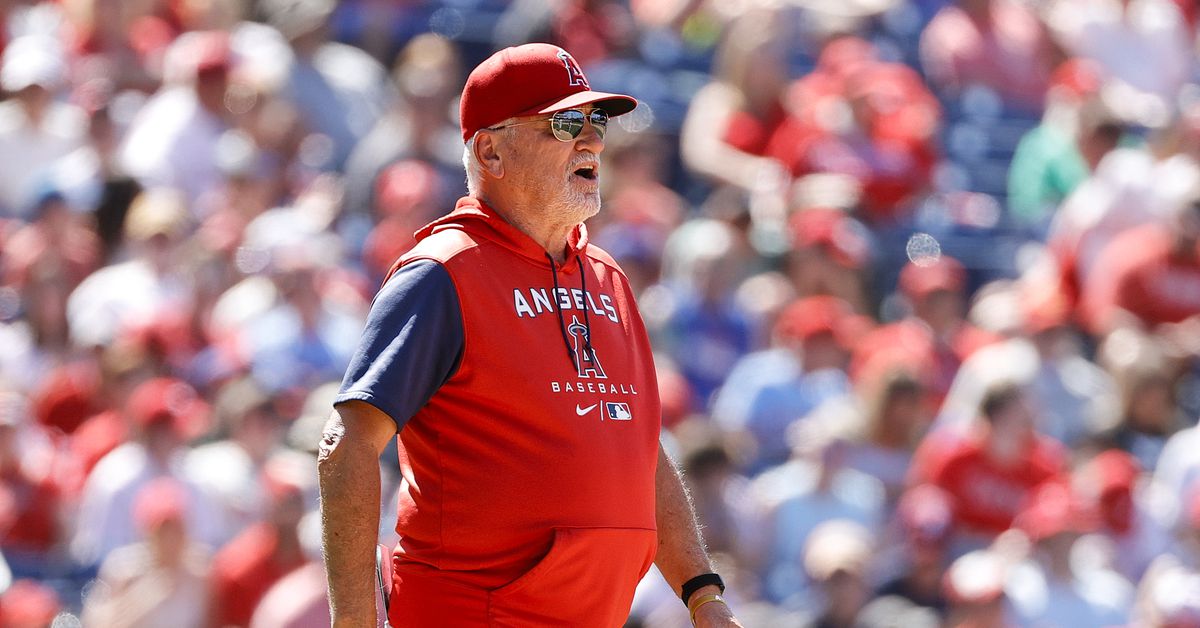 Let’s start with the positives when it comes to recent days for the Los Angeles Angels: Their new City Connect uniforms are pretty cool. A lot of the uniforms in that series have been hit or miss but Nike definitely hit a gapper with what they came up with for the Angels.

That’s as far as the good news goes for the Angels over the past two weeks. The Angels fired manager Joe Maddon on Tuesday after a 12-game losing streak. During that time span, I wrote an article here where I included the Angels in the list of baseball’s contenders as we passed the Memorial Day checkpoint. While it shouldn’t have been shocking that a team with Mike Trout and Shohei Ohtani was playing good baseball, the Angels have still managed to provide consistent disappointment for a long time now. With that being said, it really felt like this season was going to be different.

Taylor Ward was in the midst of having a breakout season at the plate (before recently going on the IL), and you could say the same thing about Patrick Sandoval on the mound. Anthony Rendon was returning to form after missing much of the 2021 campaign and even Noah Syndergaard was putting in some solid starts while trying to reach back to what he had before his final injury-laden seasons with the Mets. With Jared Walsh continuing to keep up his production at the plate, Brandon Marsh delivering quality defense in the outfield, and Michael Lorenzen doing his best to keep up the high pace that the rest of the rotation was setting, it really felt like this wasn’t going to just be another season of Trout and Ohtani doing Trout and Ohtani Things while toiling in obscurity.

While Los Angeles still wasn’t the best team in the AL West (the Astros once again look ready for another postseason run), they were at least doing their best to stick close to to the top of the standings while also sitting pretty comfortably in the postseason conversation. Then the past two weeks happened and it’s all come tumbling down like an ice cream cone inside of an oven.

So what’s been going on to cause this current calamity for the Angels? Their loss on Sunday served as a prime example of what’s been plaguing them during this particular stretch of poor baseball.

For starters, things were actually going pretty well for the Angels for most of that game. Their lineup had a huge fourth inning where they wore out Phillies starter Kyle Gibson with a torrent of balls in play (and a little bit of help from the Phillies defense continuing to add defensive lowlights to what’s becoming an increasingly long reel of them) and put up five runs in that inning alone. The Phillies got two of those runs back after Patrick Sandoval ran into some trouble to start the fifth. Still, it was a three-run lead for Los Angeles that eventually stretched back to four runs after another Phillies error turned into a run for the Angels.

Then the bottom of the eighth inning happened and the disaster began. Following some shaky pitching from Aaron Loup, Rasiel Iglesias entered the game with the bases loaded and needing two outs. He did eventually get those two outs, but they were the bread surrounding the sandwich meat that was Bryce Harper’s game-tying grand slam. Again, this game was 5-0 not too long before the grand slam!

What made Sunday’s loss even more painful is that the Angels actually did reclaim the lead following the grand slam — Matt Duffy made up for an error in the eighth by driving in the go-ahead run for Los Angeles in the top of the ninth. That moment of bliss quickly dissipated in the bottom half of the inning, which is when Jimmy Herget was called upon to get the 27th out after Iglesias gave up two singles in the ninth. Bryson Stott was the hitter, and this seemed like a tap-in for the Angels since Stott currently has the worst wRC+ among all Phillies batters with at least 90 plate appearances this season. That didn’t matter, since Bryson Stott decided that it was Bryson Stott Time and hit one into the seats in right field to walk it off for the Phillies and hand the Angels their 11th-straight loss.

Those final two innings in Philadelphia sum up everything that’s gone horribly wrong for the Angels as of late: Their pitching has been dreadful since the streak began — the Angels have had the highest ERA as a pitching staff in the American League, so this hasn’t just been their starters getting let down by their bullpen or vice versa. They’ve given up at least four runs in all but two of their losses during this 12-game losing streak and it’s forced the hitters to have to dig themselves out of some serious holes at times. Granted, the batters haven’t really been pulling their weight, either. The Angels as a team have had a wRC+ that is among the worst in MLB since their streak began. Shockingly, this has included a 1-for-25 stretch for Mike Trout, who is currently picking the worst possible time to show the baseball world that he is actually human.

Even when the Angels finally get a game where their pitching can keep the other team under control, it doesn’t matter. Los Angeles welcomed in Boston to town on Monday and Syndergaard pitched six innings while only giving up one run. The Angels responded to this rare gem from their pitching staff at the plate by getting shut out for all nine innings by Michael Wacha. It’s been that type of stretch for the Angels.

Still, it’s hard to place the blame at Trout’s feet since you figure that he’s going to break out of this slump at some point and do so very loudly. You could also say that this is just the natural ebb-and-flow of a baseball season and the Angels are just experiencing the other side of the coin following their really good start to the season. With that being said, disappointment has been the default when it comes to the Angels in recent seasons and this just feels like the beginning of yet another edition of disappointment for them. While losing 12 games in a row is definitely unnatural, it’s still kind of natural to look at this version of the Angels and think “Trout and Ohtani and they’re still under .500?!”

If the Angels going to come out of this rough stretch and make a recovery, then they’re going to have their work cut out for them. They’ll be facing the Red Sox, Mets, and the Dodgers over the next week-and-a-half, which is a stretch where most teams would be happy to be treading water by the time it’s over. If the Angels don’t step it up, they run the risk of seeing their currently woeful stretch of baseball turning into something that’s truly mortifying. However, the beauty of baseball is that it’s the ultimate “one day at a time” sport, so all Los Angeles can do is focus on the day that’s ahead of them. They’ve got the talent to turn it around and now it’s time to see if they can rekindle what they had going in April and May.