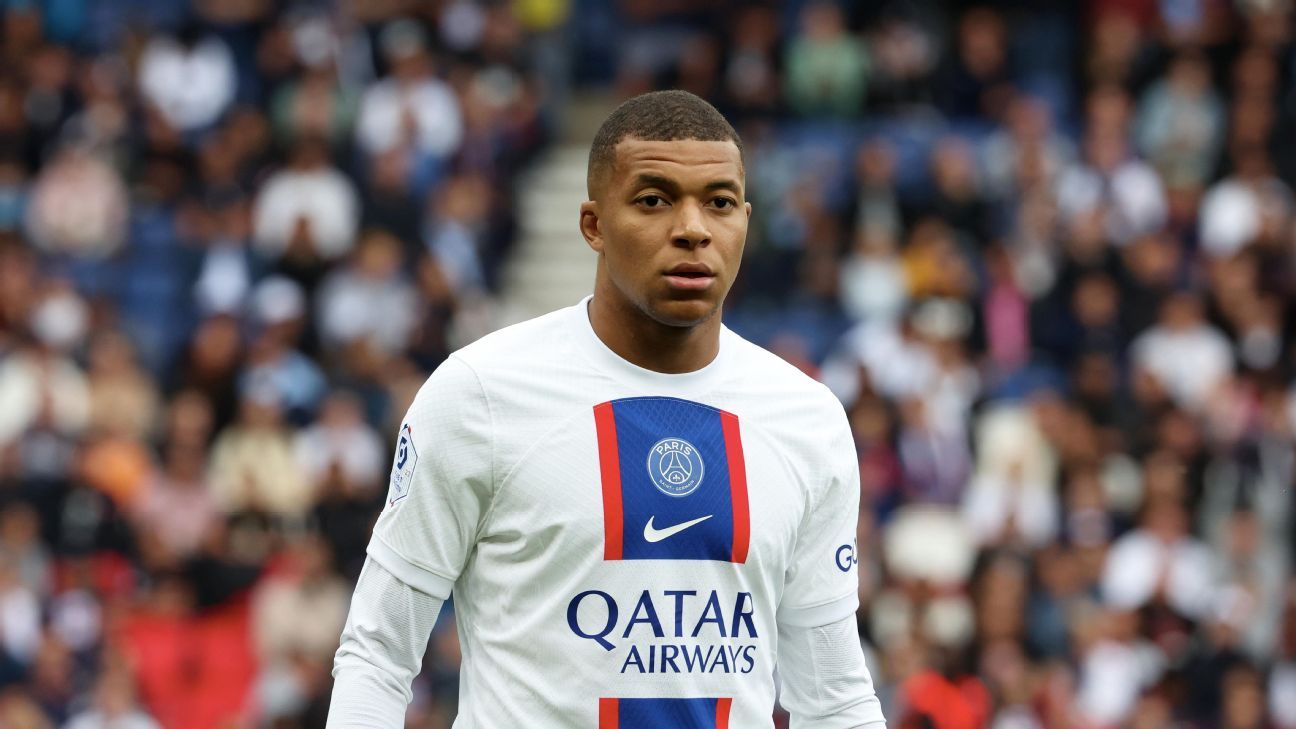 Carlo Ancelotti has laughed off reports that Kylian Mbappe could leave Paris Saint-Germain sooner than expected, saying Real Madrid’s focus is on their in-form strike duo Vinicius Junior and Rodrygo.

On Tuesday the newspaper L’Equipe reported in a front page story that Mbappe’s PSG contract — signed in May when he snubbed a move to Madrid — is a two-year deal until 2024, rather than 2025, with the third year being an option which can be exercised by the France international.

– Hunter: How will Vinicius handle being a target?

It leaves open the possibility of another transfer saga involving Mbappe next summer, when the forward would have just one guaranteed year left on his contract in Paris.

“I give up! I give up with that question!” Ancelotti said in a news conference on Tuesday, laughing when asked if Madrid’s doors were still open to Mbappe.

“To be honest, we’re excited about the forwards we have, above all the youngsters. Karim [Benzema] excites us a lot, but when a young player comes in, it’s even more exciting.

“What Vinicius and Rodrygo are doing is very exciting. We aren’t thinking about anyone else right now, there’s no doubt. We’re focused and so are the players.”

– Kirkland: Valverde, Rodrygo too much for Mallorca

Madrid chose not to sign another forward after missing out on Mbappe and have been rewarded with a 100% winning start to the season so far which means they are top of LaLiga.

Vinicius has scored in five consecutive games and Rodrygo has continued his improvement from last year, with both Brazil internationals on the scoresheet in Sunday’s 4-1 win over Mallorca.

Vinicius was involved in some heated exchanges with opposition players and staff during that game, with Mallorca feeling the winger was being deliberately provocative with his playing style.

“He’s a great player showing all his talent, that’s all,” Ancelotti said on Tuesday.

“We don’t get into that. I’m not deaf or stupid, I see and hear what’s said, but it isn’t an issue for us or Vinicius. He has extraordinary quality. It’s normal that the opponent tries to stop it.”

“Vinicius is a dribbler, it’s what he does,” teammate Antonio Rudiger said. “Some opponents may want to hurt him as they try to combat that. Maybe it’s normal, it’s one of his greatest qualities and they have to deal with it.”

Madrid host RB Leipzig in Champions League Group F on Wednesday after winning their opening game away at Celtic 3-0.

Ancelotti confirmed on Tuesday that there was “no doubt” that Benzema — who was injured in that win at Celtic Park — could return this weekend to face Atletico Madrid in LaLiga.