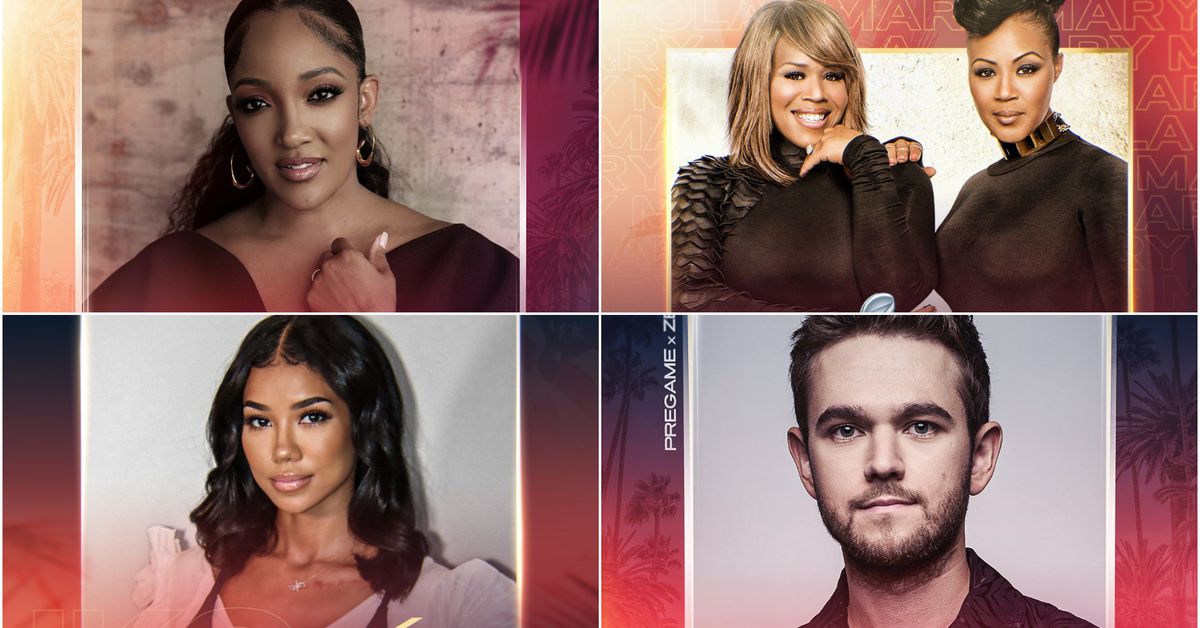 Surprise, it’s me! I’m the old, uncool dad. The NFL announced its performers for Super Bowl pregame, as well as the National Anthem, America the Beautiful, and Lift Every Voice and Sing — and I’ve never been so confused in my life.

So put this in context: I’m a firm believer that age is just a number, so let’s just say that I’m “I can’t believe Pearl Jam is considered classic rock” years old. It’s for this reason I’m so ludicrously hyped for the halftime show, because Snoop, Mary J. Blige and Eminem are all in my teenage wheelhouse, while I came to love Kendrick as an adult. However, when it comes to the pregame I’m totally lost.

So now I’m going to tell you everything I know about these artists right now, then I’ll go and listen to the first result on YouTube and come back to give my opinion.

What I know: I’m fairly convinced I heard her perform at the Macy’s Thanksgiving Day Parade a few years back, but I can’t really tell you much about it because Thanksgiving morning is mimosa time in my house.

What I know: Absolutely nothing. I have zero prior knowledge of this artist. Is this someone who got popular off Instagram? She feels like an artist who made it big off Instagram.

Alright, this I like. It’s super mellow but I can definitely get down with it. This is a “end of week, Friday night song while I’m trying to have a scotch and decompress from the week.” This feels like a come down song that would play at a super exclusive club where people pay thousands to get a booth with bottle service. Like, I can imagine Kendall Roy from Succession knowing every word of this and singing it (poorly) while sipping on something after doing a line. That’s all intended to be a compliment. I really like this, but I’m mystified how it’ll translate into “America the Beautiful.”

What I know: Is this two people named Mary? Is their group name just “Mary Mary”? Is one person “Mary Mary” and the other is someone else? Did the space-time continuum get broken and these are two individuals named “Mary Mary” who met by kismet and became a musical duo? Who is YOLA? Does that stand for anything? I know nothing, because I am old.

How did this song evade me since 2012? This feels like a staple to put on my morning jams playlist, because when you get old sometimes you just need some motivation. So, curiosity got the best of me and I looked them up, and neither woman is named Mary. That’s fine, because they both have huge pipes to belt this out. There’s a gospel meets R&B vibe here that’s going to play perfectly with a pregame song like “Lift Every Voice and Sing” on a stage like the Super Bowl.

What I know: The youths all seem excited about Zedd. I’m like 90 percent sure Zedd was one of the hobbits in Lord of the Rings. My coworker David Fucillo said that pregame is for the youths the same way the halftime show is for the olds, which tracks because I don’t really pregame any more — unless I’m trying to save money at the bar.

I KNOW THIS SONG! LIKE, I ACTUALLY KNOW THIS ONE AND HAVE LISTENED TO IT BEFORE. I KINDA KNOW WHO ZEDD IS. Oh, wait, this song is from 2013 — now I feel old again.

Anyway, I like this a whole bunch. This is the kind of inoffensive set I expect before the Super Bowl, so this is all fine. I’ll admit I don’t have a huge knowledge of DJs outside of the classics and people like Girl Talk, Porter Robinson and Darude (lol Sandstorm), but I like this just fine and would be totally okay listening to it.