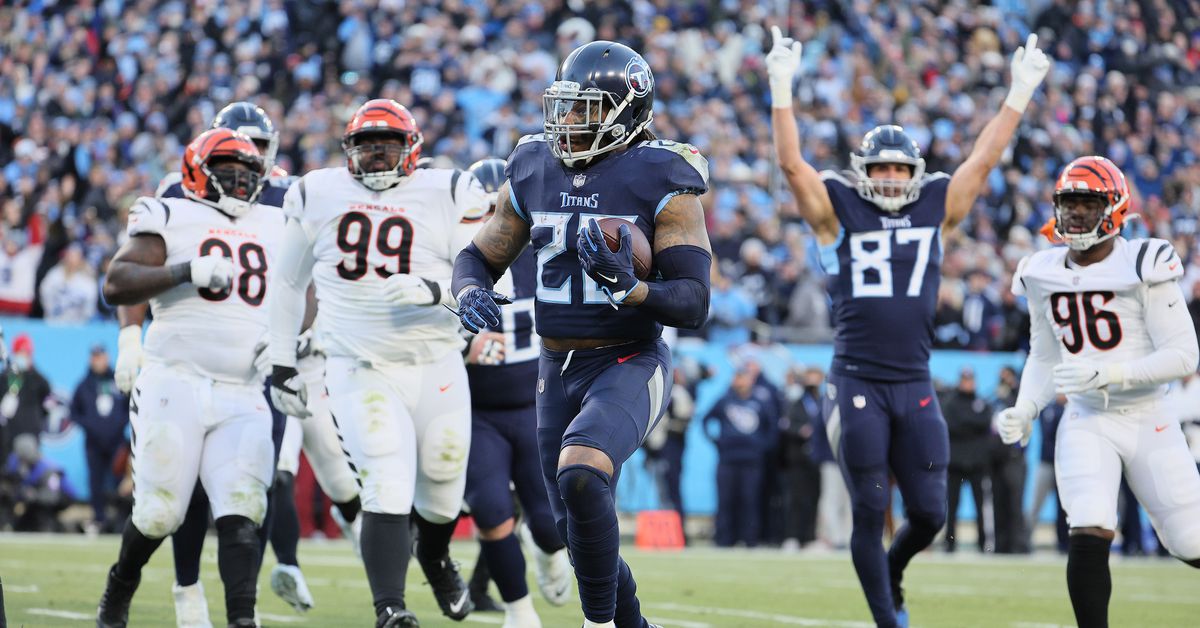 The Buccaneers and Rams drew up the blueprint. Going all-in on a win-now philosophy works in the NFL — assuming you have the rest of a winning team established. It’s built off the abundantly clear football reality that teams now have to have an elite quarterback to win a Super Bowl.

It’s just not possible any other way. The days of having an elite defense, running back, and caretaker QB are gone. In the last 10 years the only teams to win a Super Bowl without an elite passer are the Eagles, who won with Nick Foles in 2018, and 2012 when Joe Flacco got a ring with the Ravens. Meanwhile, the idea that chemistry can’t be built overnight is gone. It’s become abundantly clear with the Rams and Buccaneers that win-now is a valid strategy.

The possibility of this happening again is growing slim. You best believe that a vast majority of ring-hungry teams in the NFL are kicking the tires on this strategy, and we’re looking at really only two possible QBs filling the bill with Aaron Rodgers and Russell Wilson. In both instances it feels unlikely they would be traded to a contender. Still, it’s time to look at the four teams who really could elevate themselves to Super Bowl contenders, if only they can find that passer.

The Titans were the best regular season team in the AFC, and sure part of that comes from playing in football’s weakest division, but they were also really good in spite of Ryan Tannehill this season, not because of him.

I’ve been really bullish on Tannehill the past few seasons, but his deficiencies as a top-tier quarterback really came to the surface with the injury to Derrick Henry this season. Tannehill is not a bad passer at all, but he’s absolutely not a guy who can put a team on his shoulders and carry them to a win. Teams need a difference maker at the position, not just “very good,” and it’s put the Titans QB solidly in the second tier with the likes of Jimmy Garoppolo, and Kirk Cousins, both of whom we’ll talk about a little later.

Tell me, where’s the weakness if you put an elite QB on the Titans? Henry returns from injury, the offensive line is set, the defense is solid, and Tennessee is well coached. That’s before we even talk about getting a guy who can move the ball through the air and get more production out of A.J. Brown and Julio Jones. It would finally realize the offensive promise we thought would manifest a year ago, and once again — this was the best team in the AFC last regular season.

This is obviously a hot answer. When you make it to the NFC Championship only to find your QB lacking it’s obvious an upgrade at the position is needed. San Francisco has Trey Lance waiting in the wings, and may have pulled the trigger on that trade too early to secure their future — because they’re so good right now. If this team wants a Super Bowl, I think it’s potentially there for them.

I don’t know if even the 49ers thought they would be this good prior to 2021. This was a team that felt like it was in rebuilding mode, then shocked the world. They may have lost the astounding offensive planning of Mike McDaniel (now head coach of the Dolphins), but the roster is still in place.

Jimmy Garoppolo just isn’t a guy who can get the team to the top level. Like I mentioned with Tannehill, you can be a perfectly fine QB and still struggle to win the biggest game in football. Another team with solid line play, a good young running back, and a weapon like Deebo Samuel — it’s entirely possible a top-tier QB gets the 49ers over the hump.

There was no tangible reason the Vikings were as bad as they were in 2021. When you look at their roster from top to bottom it almost checks every box — except at QB. There are huge Kirk Cousins apologists who will point to his stats, and his number of Pro Bowl appearances, but it’s abundantly clear he is not a guy who can win games when it matters.

These are really muddy waters though, so while I think it’s possible, I also don’t think Minnesota will go this route. They just hired a very young coach in Kevin O’Connell, a young dynamic GM in Kwesi Adofo-Mensah. The smart move is to wait, let Cousins’ contract expire, and rebuild.

However, there really is a scenario where the new regime starts with a bang. The Vikings lack secondary talent, but that’s really their biggest gap. If you got someone like an Aaron Rodgers (delightfully mirroring Brett Favre), you’d have him throwing to Justin Jefferson and Adam Thielen, with a solid dual-threat running back in Dalvin Cook.

This would definitely be a recipe for success.

Obviously we’re left with the Buccaneers. They did this before, and they could do it again. We learned this season that Tampa Bay took a small step back, but this was a legitimate Super Bowl team with Tom Brady at the helm, and would be again with another top tier QB.

The biggest question is the granularity between a Brady and someone like Russell Wilson. Outside of an MVP like Aaron Rodgers it’s hard to believe anyone would be an upgrade over Brady, but it would keep the wheels of success turning as Bruce Arians and the again team coasts for another year.

Similar to the Vikings, I don’t think this would be the correct move. I think this team needs to relish in its Super Bowl win, and move on. There’s so much age at so many positions that I think a rebuild is in order, and seeing what the team has in Kyle Trask would better position the team for the future — but any discussion of trying to win-now, has to include the Buccaneers.

What do you think? Is there another team that could become a legitimate Super Bowl contender if they pull off a win-now trade?