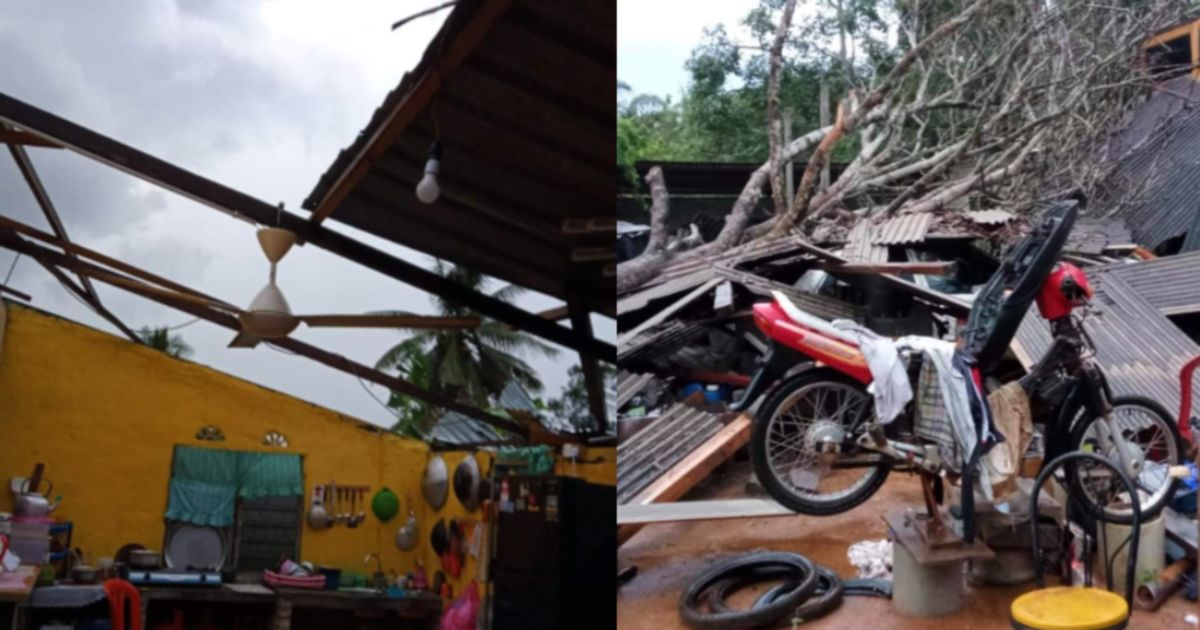 SEREMBAN: About 30 houses involving more than 130 residents in Gemas near here were damaged due to heavy rains and storms in the district yesterday afternoon.

Gemas fire and rescue station chief Mohd Farid Abu Bakar said the incident, which lasted for almost half an hour from 5.30pm, affected settlements in Felda Jelai 1 to 4.

“Storm and strong winds caused the roofs of residents’ houses to be blown away and some vehicles were hit by trees. No injuries have been reported so far, but one family of four were placed at the Felda Jelai 1 Quarters due to their badly damaged house.

“Some victims are temporarily staying at relatives’ houses and some did not move because the damage was not severe and they were worried about the spread of Covid-19 if they moved,” he told Bernama here last night.

He said the total loss due to the incident was still being assessed.