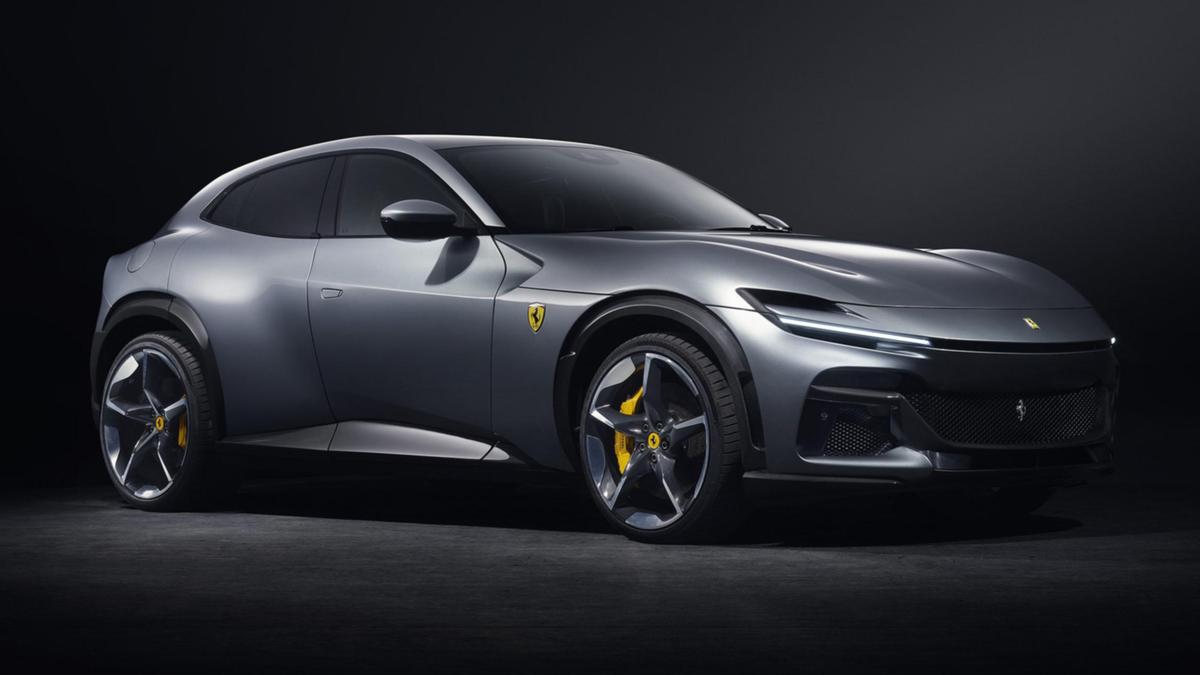 With four doors and a crossover body, the new Ferrari Purosangue is a major break with tradition, but in other ways, like the naturally-aspirated non-electrified V12, it’s even more “pure” then the 296 GTB.

These nods to the company’s heritage help to justify the crossover’s name, which means thoroughbred in Italian.

Thanks partially to lack of forced induction, the V12 revs all the way up to 8250rpm. The V12 drives all four wheels via an eight-speed dual clutch transmission.

Not that potential owners will care much, but fuel consumption figures have yet to be finalised. They’re likely not pretty, hence the inclusion of a 100L fuel tank.

Boot space is rated at 473 litres, although this can be increased thanks to the folding rear seats.

At launch the Purosangue will offered as a four seater with individual bucket seats for all passengers. Entry and exit from the back seats is aided by the reverse-hinged rear doors — commonly referred to as suicide doors, but described as “welcome doors” by Ferrari.

Ferrari is keen to point out it has a long history of comfortable 2+2 GT vehicles, and that the Purosangue merely provides more space and a higher seating position than before.

The driver’s section of the cabin is said to be inspired by SF90 Stadale. On the front passenger’s side, the shape of the dashboard is almost a mirror copy of the driver’s, except the steering wheel and instrumentation binnacle have been replaced by a 10.2-inch infotainment touchscreen.

In order to counteract the drag and other negative effects of such a large body, Ferrari paid special attention to the crossover’s aerodynamics with a smoothed out body, and specially tailored splitters, ducts and spoilers.

Although the V12 engine is positioned up front, it has been placed well behind the front axle in a mid-front location. With the transmission located at the rear, and the all-wheel drive system’s “power transfer unit” located ahead of the engine, Ferrari was able to achieve a 49:51 front-to-rear weight distribution.

Other handling aids include independent four-wheel steering, a new 48V active suspension setup from Multimatic, and a carbon-fibre roof to keep the centre of gravity low.

While a high-end Burmester 3D sound system is standard, the Purosangue has an options list longer than your standard race track.

The Purosangue is also available with a seven-year service program that includes regular maintenance either every year or 20,000km.